With the European parliament likely to rule on a proposed ban on deep-sea trawling within days, research led by NUI Galway highlights how trawling even in relatively shallow water can impact the deep sea.

Ireland’s continental margin is riven with submarine canyon systems carving their way from the continental shelf to the deep sea, and the Whittard Canyon system is the most extensive of them all. 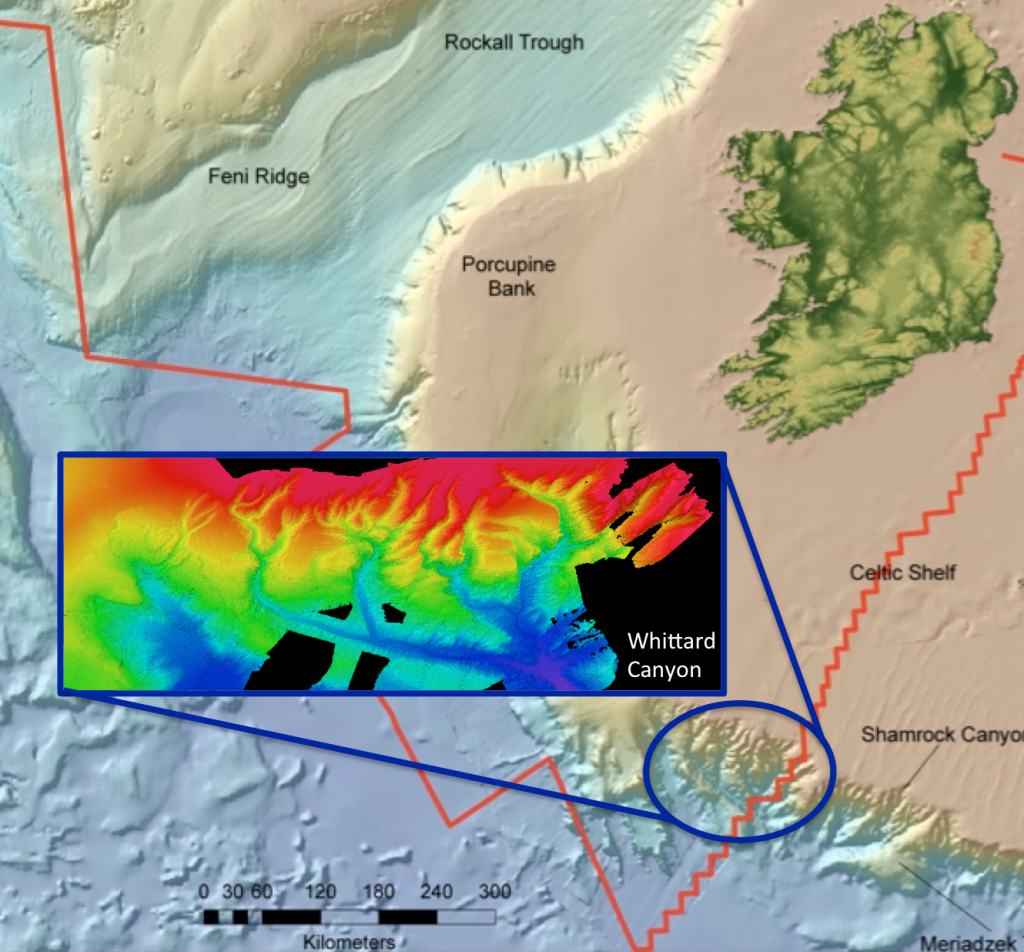 Nepheloid layers are detected using a CTD equipped with a transmissometer. A CTD is a standard piece of oceanographic sampling equipment that measures the conductivity, temperature and depth of the water column. A transmissometer is a sensor that measures turbidity by determining how much light passes through the water. The CTD is attached to the ship by a cable and transmits data from its sensors directly to the computer in the ship’s laboratory, and software produces a graph of how environmental conditions change with depth. 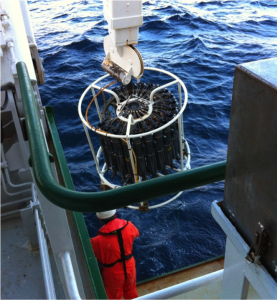 A CTD is deployed over the side of RV Celtic Explorer. The sensors are small and mounted underneath. Visible are the large grey Niskin bottles that can be used to collect water at any depth.

Fishing vessels are required by law to transmit their vessel’s position and speed every two hours and these data are collected and stored by the Irish Naval Service. Annette analysed these data and found that the time and place of trawling activity was almost certainly causing the increased turbidity in the water column. 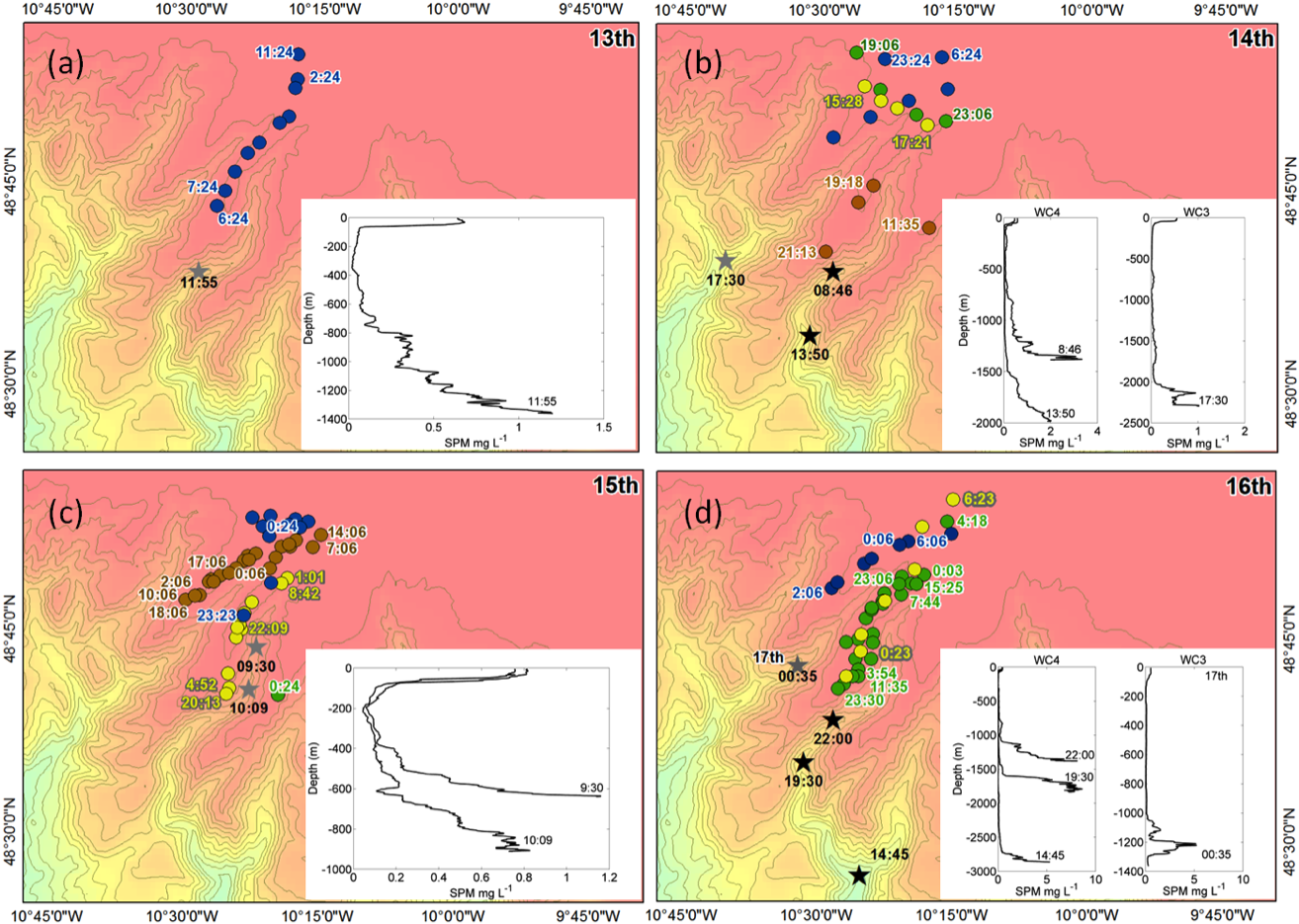 Vessel Monitoring System recordings on the dates enhanced nepheloid layers were detected; June (a) 13th; (b) 14th; (c) 15th and (d) 16th 2013. Different vessels can be identified by the colors of the dots with corresponding time marks. Locations of really turbid nepheloid layers are shown as black stars; locations of normal layers marked as grey stars. The profiles of the density of the suspended particular matter as determined from the transmissometer are inset on the maps.

The Whittard Canyon is dominated by fragile filter-feeding corals. Although they need suspended particulate matter to feed, too much sediment will smother them, and large accumulations of sediment could destroy these fragile ecosystems.